They’ve arrived! The pieces I need for my internal redesign are finally here! But today is not the time I’ll be unveiling my changes to Planetary Outpost. Sadly, I need to do the unthinkable once again, and reach for a canister of spray paint because a particular piece has never been produced by LEGO in the colour I need.

It’s not such a rare piece: a 1×2 brick with two studs on the side (part 11211) . I couldn’t find it in blue on LEGO’s site, and I was really surprised to discover it isn’t available from BrickLink either!

Last week, I struggled to find a rare piece in the right colour, but succeeded. This week, a piece that has been used continuously since 2012 and has appeared in 520 sets doesn’t come in blue…

So spray painting, I re-go.

But not so fast: last time I dabbled in recolouration the blue paint I used was much darker than LEGO’s own blue, more like its Earth Blue than its actual Blue… and as these bricks will be connected to other blue bricks, the match has to be good enough so as not to distract.

So I set off to do some research and see which is the exact blue colour LEGO uses and if it can be replicated.

Turns out, others had already been down this path, and I found two sites that were able to match LEGO’s colours with Pantone Codes, this one and that one.

It was convenient having two sites so I could cross reference the colours and see if there were any discrepancies.

Turns out they both agreed that LEGO Blue was Pantone 293.

I then found a site which sales Pantone colours in spray paints, and I placed my order.

Then came the moment of truth: I prepared the necessary pieces and spray painted them multiple times until all parts of them were as blue as can be. 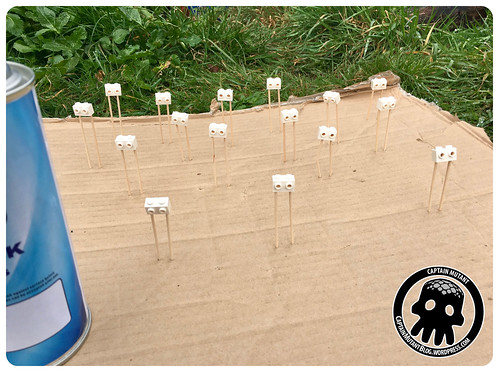 The end result is very good. It’s not perfect but it’s pretty darn close. Close enough to make it hard to see the difference unless you look closely. 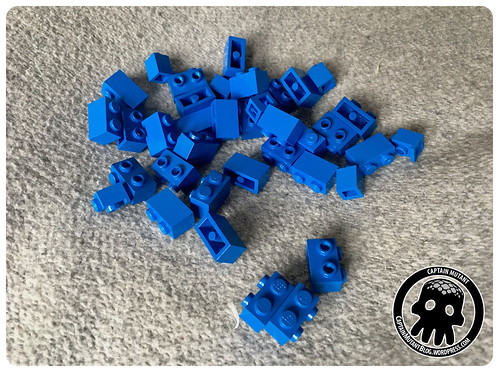 In any case it’s much much better than the blue I’d use for the space suits. 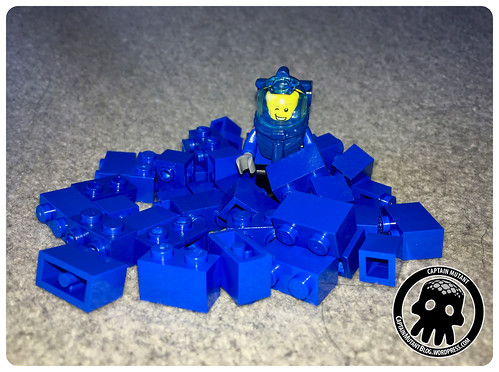 So there we have it.

I now have all the pieces I need in the colours that I require.

Next time, I’ll reveal something new 😀

PS: Please don’t forget to vote on my Lego Ideas page. Only projects which manage to reach the gargantuan task to accumulating 10,000 votes will be considered by LEGO as a potential new set (as of this writing, Planetary Outpost needs 9,749 more votes). If you love Classic Space and think Planetary Outpost would be a worthy addition to that theme, you must vote and convince your friends and family to do the same! 🙂